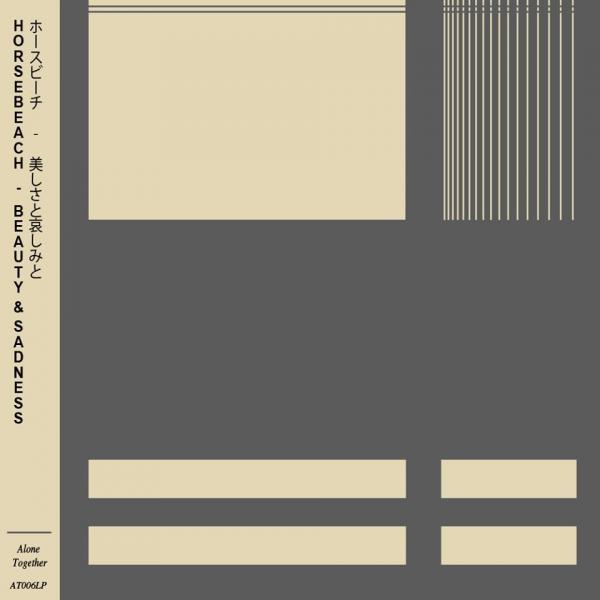 Horsebeach is the Manchester-based project masterminded by multi-instrumentalist and producer Ryan Kennedy. Two years on from the chiming majesty of II, he returns with Beauty And Sadness - ten rain-soaked vignettes touching on love, loss, regret and remorse. Conceptual, confessional and boldly melodic, it’s a deeply textured LP fusing the familiar C86 jangle with chirping synths, grooving rhythms and expansive ambience whilst meditating on break ups and fuck ups with striking lyrical honesty.

Melancholic, but never miserable, Beauty And Sadness is a celebration in the exquisite pain of longing. Named after Yasunari Kawabata's 1964 novel of the same name – a book which helped Kennedy through a difficult breakup – the source of the album’s title gives a clue as to what lies within, as Ryan explains; “It's about regret and an overlaying sense of loss but also a realisation of the beauty of starting again. I found some beauty in sadness, as it forced me to re-evaluate everything.”

Although the sound may be a departure from Horsebeach's norm, the recording process remains the same with Kennedy overseeing all aspects of production. Taking full control of his melodic output, Beauty And Sadness is the third record to be released on Horsebeach’s own Alone Together imprint.

Drawing on inspiration from either side of the Atlantic, both new and old, Horsebeach's music retains a certain appreciation to classic British guitar bands - The Smiths, Felt and groups from the C86 era are all indebted here. But Kennedy gives it a unique twist by delving into ambient electronics inspired by the likes of William Basinski and Jefre Cantu-Ledesma. From the album’s dream-like intro - soft with velveteen pads and the delicate romanticism from a speech sample of Japanese author, Yukio Mishima - hazy synths give way to propulsive percussion, rippling guitars and soaring chord progressions as the band’s bittersweet signature sound evolves with newfound poise and purpose.